Palo Alto Networks Inc. has seen the future and it is in marketplaces.

Although it won’t provide a lot of details, the cybersecurity giant, with nearly $7 billion in annual revenue, believes that the marketplaces operated by the big hyperscale cloud platform providers will be its biggest source of revenue growth going forward.

It’s hard to argue with the numbers. Iyer said revenue from cloud marketplaces is growing at nearly triple-digit percentages and has been for the last several years. “If we don’t put another dollar into what we go do with these cloud providers, customers are still going there and they’re buying there first,” he said. “Cloud marketplaces are making it more cost-efficient for us to distribute to our customers seamlessly and easily.”

Customers apparently agree. Cloud marketplaces, which are listings of complementary products and services that buyers can purchase from companies they do business with – grew at more than seven times the rate of total business-to-business e-commerce sales in 2021, according to Vertical Web Media LLC. B2B marketplace sales are expected to make up 14% of all online sales by 2025, growing at a compound annual rate of 32% during that time, according to Finextra Research Ltd.

Cloud marketplaces are growing at triple-digit rates and are on track to generate $15 billion in sales by the end of 2023 and $50 billion by the end of 2025, according to Tackle.io Inc. Bessemer Venture Partners LP estimates that transactions in those venues grew 70%, to $4 billion, in 2021, or three times as fast as the growth of the public cloud overall.

Microsoft Corp.’s Vice President of Commercial Marketplace Jake Swenson is just as bullish. The company’s Azure and AppSource marketplaces “did about $8 billion in global billed sales in 2022. That will scale to $50 billion by 2025,” he told CRN earlier this month. “All roads lead to marketplace.”

Digital marketplaces aren’t new — Apple Inc. launched its App Store in 2008 — but they have been slow to gain traction in the business software arena, where visits from sales representatives, long negotiations and protracted installation and test cycles have been the norm for decades.

But cloud computing – and software-as-a-service in particular – have rewired expectations. Buyers now expect even complex software to be up and running in hours without large capital expenditures. And the growing ranks of digital-native business buyers have accelerated the demand for one-button simplicity.

Millennials increasingly are in charge of buying decisions and “the last thing they want to do is talk to a salesperson,” said Jake Zborowski, general manager of product management at Microsoft. 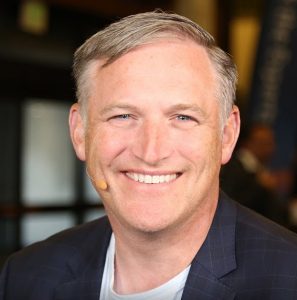 Amazon Inc. has been a trendsetter both in retail and in the cloud. Way back in 2000 it began allowing businesses of all sizes to sell products through its e-commerce site, collecting a commission for each sale while embellishing the reputation it hoped to build as a one-stop shop for everything. Third parties now account for about 60% of Amazon’s overall retail sales.

Amazon Web Services Inc. set up the first cloud marketplace in 2012 initially to provide machine images of the nuts-and-bolts infrastructure software needed to run cloud instances. “We have since branched out dramatically from Amazon Machine Images,” which are virtual machines specific to AWS, Chris Grusz, AWS’ general manager of worldwide ISV alliances and marketplace, told SiliconANGLE in an interview.

At AWS’ big re:Invent conference in Las Vegas this week (pictured), the cloud giant is expected to announce that its marketplace now lists 13,000 offerings from 3,000 independent software vendors. Amazon has said the marketplace does “billions of dollars” of business, although it won’t be more specific. The company likely will announce a number of partner initiatives that could grow that business even more.

Means to an end

Cloud providers have shifted from viewing marketplaces as a source of commissions to a source of greater use of their platforms and they are actively courting independent software vendors — even competitors — to join them. “At the end of the day the primary objective of the hyperscalers is to drive infrastructure consumption,” said Maryam Zand, vice president of cloud partners at IBM Corp. subsidiary Red Hat Inc. “All else is a means to that end.” 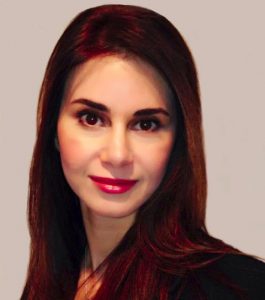 AWS simplified its pricing structure and lowered fees to marketplace partners three years ago. Google dropped the fees it charges marketplace sellers from 20% to 3% last year and Microsoft followed suit. Microsoft also launched the ISV Success Program, which is currently in public preview, to provide developers with cloud credits, developer tools, demand generation services and even architectural engineering guidance. “It helps them build an app, figure out which category to seat it in and helps with listing optimization so they’ll do well when customers are searching for applications,” said Anthony Joseph, vice president of Microsoft Cloud Marketplace & ISV Journey.

Marketplaces have the potential to upend traditional software sales models by streamlining transactions and lowering overall costs for both buyers and sellers. Their appeal spans multiple phases of the buying process.

One bill for all

Integrated billing is one of the strongest appeals. Enterprises are increasingly signing up for multiyear cloud commitments that can run to $100 million or more but at the risk of forfeiting unused credits at the end of the contract. In response, cloud platform providers have been rejiggering their billing terms to allow marketplace purchases to count against those commitments. 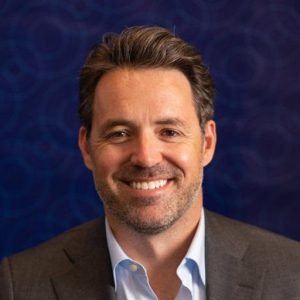 “As customers increase the volume of their SaaS subscriptions, they need to centralize how they find, try and buy solutions,” said Microsoft’s Joseph. “Customers can count every dollar of their purchases toward their cloud commitment when they buy eligible solutions.”

That greases the skids for marketplace sellers. “If you already have an account with one of these cloud providers, then suddenly our stuff becomes easier to use and faster to deploy and that definitely bodes well for us,” said Dan Rosanova, head of product management for Confluent Cloud, a managed service from Confluent Inc. What’s more, “users from marketplaces activate at a higher rate.”

AWS has said deals in its marketplace close at a 24% higher rate and are 80% larger on average. “Moreover, ISVs are closing deals 40% faster,” Grusz said.

Buyers can also rely on cloud providers to do much of the vetting that’s typically involved in working with new vendors. AWS’ recently launched Vendor Insights program compiles security and compliance information that it says can save up to 10 weeks of time buyers typically spend assessing prospective vendors. “No more 200-questionnaire packets for each vendor,” Grusz said. “Buyers no longer have to do outside-in things like penetration testing” because AWS does that up-front work for them.

“The big motivator for customers is the confidence that it will definitely work because it’s being bought through the cloud marketplace,” said Dan Garfield, co-founder and chief open-source officer at DevOps platform developer Codefresh Inc.

While touting the simplicity of doing business in their marketplaces, hyperscalers have also accommodated buyers’ interest in negotiating custom arrangements to garner a bigger share of their pocketbooks. 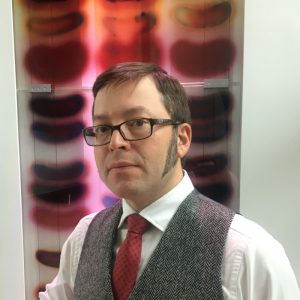 Confluent’s Rosanova: For customers who already have cloud provider accounts, “suddenly our stuff becomes easier to use.” Photo: LinkedIn

When AWS launched Private Offers, a program that lets buyers and sellers negotiate their own prices and licensing agreement agreements five years ago, “the size of the subscriptions went through the roof,” Grusz said. “We saw seven-figure, eight-figure deals. Our customers are now saying now, ‘I want to buy everything here.’”

ISVs are increasingly coming to see marketplaces as primary sales drivers. Clumio Inc., a developer of software that protects AWS applications from ransomware and other threats, routes its entire business through AWS Marketplace, Chief Executive Poojan Kumar said in an interview with SiliconANGLE. It estimates that its cloud annual run rate grew 450% in 2021 on 400% growth in its AWS customer base. “We let [customers] self-onboard themselves, and we allow AWS billing automatically so you don’t need to talk to us,” Kumar said

Red Hat is in the process of making the full range of its products and even professional services available on all major cloud platforms. “We see a big shift toward marketplaces as transaction places,” Zand said.

But for all the upside platform providers promise, marketplaces don’t obviate the need for sellers to do the basic blocking and tackling. When she started working on the VMware Inc. cloud marketplace a decade ago, “the thinking was that if you put it there the customer will come but it doesn’t work that way,” Zand said. “ISVs have to create preferences, drive demand, provide differentiation and optimize for specific clouds. That’s all on them to do.”

There are also limitations to being tied to a third party’s customer relationship management and accounting systems. “We don’t have a lot of visibility into the sites,” said Confluent’s Rosanova. “It’s hard for us to justify marketing spend that takes you to a site that we don’t own and we can’t tell how successful it is.”

Marketplace platforms are evolving and “the process [of listing and maintaining them] is not very seamless at this point,” Zand said. “It’s still very manual.”

But overall, cloud marketplaces get high marks from vendors and, judging by sales, from buyers as well. In the long run, they may be the tip of the spear for a bigger trend that will sweep across other industries.

Mirakl Inc. is one of about a dozen companies that facilitate marketplaces in industries such as manufacturing, food and beverage, fashion and hospitality. Its value proposition is similar to that of the cloud: Diversify the range of products a company offers, improve customer experience, keep people on site longer and generate revenue without the burden of inventory and fulfillment costs. 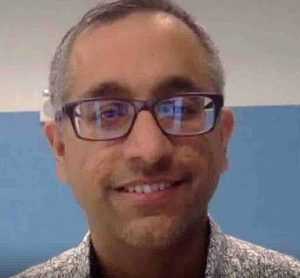 “People expect things anytime, anywhere,” said Maya Pattison, Mirakl’s vice president of corporate marketing. “How do you satisfy that with the old model of warehousing and inventories?”

Marketplaces are a complement to e-commerce platforms that “orchestrate the cart, manage the customer experience and facilitate the purchase,” Pattison said. The host takes care of vendor onboarding, manages the catalog and ensures the appropriate placement of product data.

The idea is to “sell alongside complementary solutions your market would think to buy when they buy from you,” said Angela Troccoli, senior director of global product marketing. “If you’re searching for a backpack, you might also be searching for a Thermos,” so listing insulated food and beverage containers from other companies would be a natural brand extension.

All that translates neatly to cloud marketplaces as well. And the appeal isn’t lost on ISVs. Two years ago, Palo Alto Networks launched its own marketplace to complement its Cortex XSOAR security platform. The hosted ecosystem now encompasses more than 850 product integrations.

It just goes to show that, in the fast-evolving world of business software marketplaces, anyone can still play.

With reporting from Kyt Dotson and Robert Hof