Gotham Knights is up there with Elden Ring as a Game of the Year contender. Its fast, responsive, and action-packed combat is surpassed only by a narrative that had me glued from the very first cutscene. A must-play for fans of open-world titles, and an easy pickup for anyone invested with the Gotham Knights or DC Universe.

WB Games Montreal & Warner Bros. Interactive Entertainment look to explore a darker side of DC’s Gotham City with the release of Gotham Knights, an open-world RPG based on the comic book series of the same name. Stepping away from Batman, Gotham Knights instead focuses on the extended Bat Family as Nightwing, Batgirl, Robin, and Red Hood take to the streets of Gotham to solve one last case.

Gotham’s City’s lawless streets are thrown even further into chaos after the death of Batman and Jim Gordan, two of Gotham’s greatest weapons in the fight against crime. With the bat cave destroyed, Gotham’s deadliest villains on the prowl, and no Caped Crusader to stop them, the city’s final hopes rest with the Gotham Knights. In the wake of Batman’s death Nightwing, Batgirl, Robin, and Red Hood work together to solve Bruce’s final case as a shadow begins to envelop Gotham City and a nefarious force pulls the strings from the darkness.

Inspired by the Batman: Gotham Knights comic series, Gotham Knights follows Batman’s allies as they come together to investigate The Court of Owls. This secret society of Gotham’s rich and famous has been pulling the strings from the shadows for centuries, orchestrating assassinations and political sabotage for their own twisted benefits. With Batman gone, the League of Shadows sees their opportunity to cleanse Gotham of its corruption.

Gotham Knights story is nothing short of fantastic. It stays true to the dark and gritty nature of Gotham and with Batman gone, giving other characters from the world chance to shine. 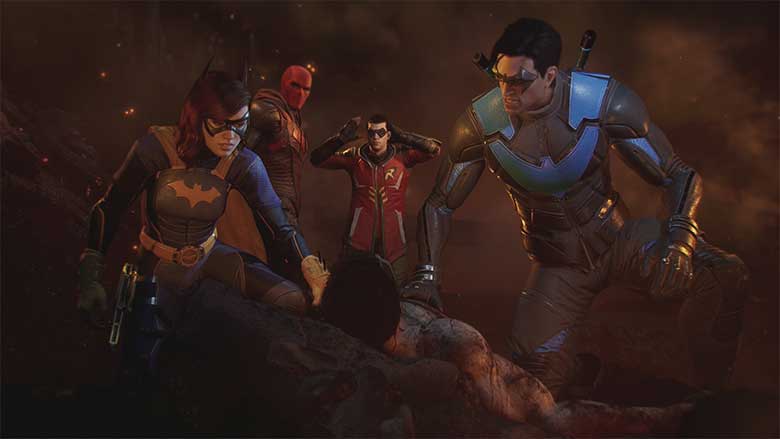 Each of the four characters in Gotham Knights – Nightwing, Batgirl, Robin, and Red Hood – are playable at any point throughout the entire game. Players are can switch freely between nighttime patrols, with each character boasting a unique skill tree, powerful mystical abilities, and trademark attacks. Boasting multiple characters isn’t a unique or even complex idea, but it’s one developer’s struggle with all too often.

However, Gotham Knights get it right.

You are never forced to play any of the characters. You can stick with a single character the entire game, you can switch every mission, or you can alternate freely. There’s no sequence of hours where your favorite character disappears and you’re left struggling to learn the attacks of a new one’ it’s a system that completely supports the player’s choice. I spent nearly the entire game playing as Red Hood, mostly because he looks like a complete bad-ass as he dual-wields guns. I also his backstory to be the most engaging – being brought back to life in a Lazarus Pit and struggling with the aftermath it leaves behind.

With that being said, switching between characters is just as rewarding – and I’m seldom a fan of playing anyone but a single character that I enjoy. Each Knight is unique in their attacks and abilities but there’s enough continuity in the battle system to instantly make a new character familiar whilst leaving enough abilities and combos unique to make exploring each character worthwhile. 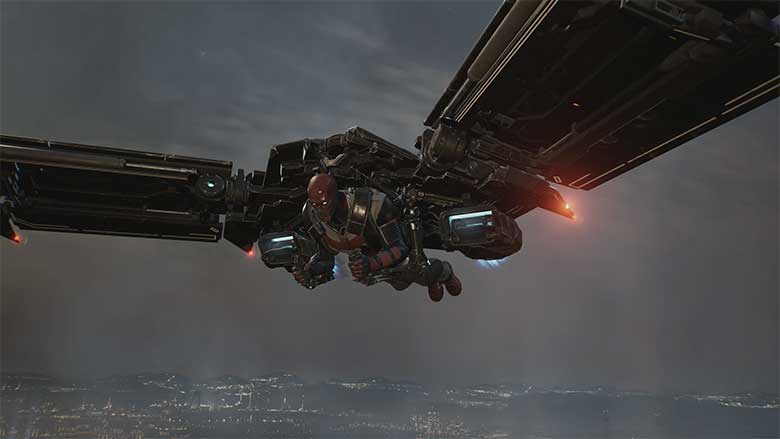 All of Gotham Knight’s characters has their own backstory arc that gives a brief insight into the characters history, drive, relationship with Batman and each other, exploring these arcs unlocks special travel powers like jumping through Gotham’s skyline or gliding down from the shadows. It’s a huge, gorgeous, but dark and gritty environment and travel plays a vital role throughout the game.

Gotham City is massive. Right from the get go you can explore every darkened alley, search out Gotham City’s famous landmarks, climb its most iconic buildings, none of the city is blocked off by story progress once you’ve finished the initial stages. It makes the open-world feel very natural, very alive. Not painfully obviously segmented to restrict access for some poorly constructed story reason. Early on the travel is very time consuming and while using the Batcycle is fun at first, the novelty soon wears off. You do unlock travel powers and a traditional fast travel system later in the game, but these elements could have been introduced much sooner.

There are various aspects of Gotham’s patrol objectives that mix the mundane with the fantastical. As you’re exploring Gotham City, you’ll encounter street-level crimes from one of the games various criminal factions. Stealing cars, breaking into storage lockers, minor nuisances that are rarely worth the time. Completing these objectives and interrogating thugs on the streets opens more serious crimes, called Premeditated Crimes, but these suffer a similar lack of motivation. Doing the first one each time is awesome. Stopping a bank robbery, chasing down an armored car, resolving a hostage situation vigilante style, there’s a good variety but once I’d completed these once or twice, I struggled to stay engaged, but this was mostly due to the incredible content on offer in the more narrative-driven branches of content.

I’d spent much of the earlier nights patrolling Gotham City, completing these optional crimes and Premeditated Crimes only to later discover contacts who offer additional rewards for completing crimes in certain areas or against certain factions. Another facet of the game that would have benefited from an earlier introduction, but it’s still a welcome reward for grinding late or post-game. 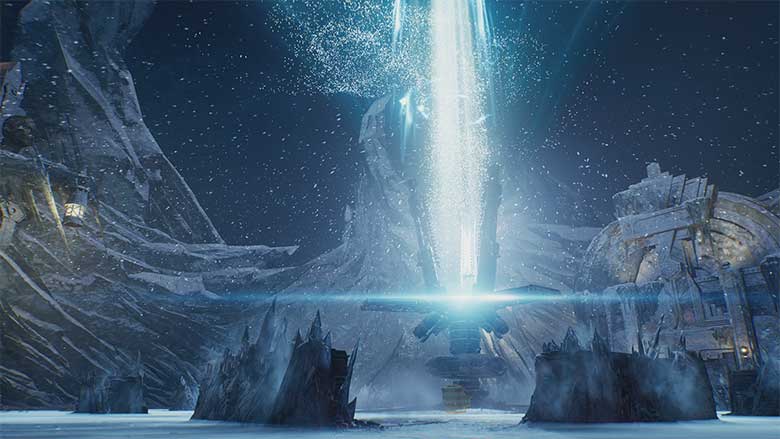 Alongside the main story arc there are several side case files that focus on some of Gotham’s most iconic villains. You chase down Mr. Freeze at S.T.A.R. Labs as he attempts to steal enough cryogenic material to send Gotham into a new ice age. You unwittingly aid Harley Quinn in her escape from prison during an absolutely epic riot scene, and you tackle Clay Face as he comes to terms with being killed by Batman and returning a year later. Each of these optional investigations boasts some of the best content I’ve ever seen in a game based in the DC universe.

Running a squad of vigilantes, combat plays an understandably vital role in the solving of most problems facing the Gotham Knights. It’s a system that clearly leans on the fantastic combat from the Arkham games. It’s a great mix of stealth and all-out brawling, taking out enemies from the shadows before launching into a squad of powered goons. There’s a huge selection of enemy types, each requiring a detective-like use of abilities in order to take them down. Breaking through shields, dodging powered attacks, it’s a combat system that constantly keeps you on your toes and you feel like a bad-ass with every punch, every hit of an Escrima Stick, every acrobatic dodge.

If there’s one area of Gotham Knights that left me disappointed, it was the gear system, but this is very much a subjective take. It uses a familiar gear score system where each piece of equipment is assigned a gear score and corresponding stats. I often found I was finishing missions, searching through gear only to find tiny improvements on nameless items that all seamlessly blend together. However, with the huge scope of content on offer, the fantastic suit customization options, in-depth builds, if you’re into the gear grind of the traditional gear-score style system, Gotham Knights promises endless hours of entertainment. 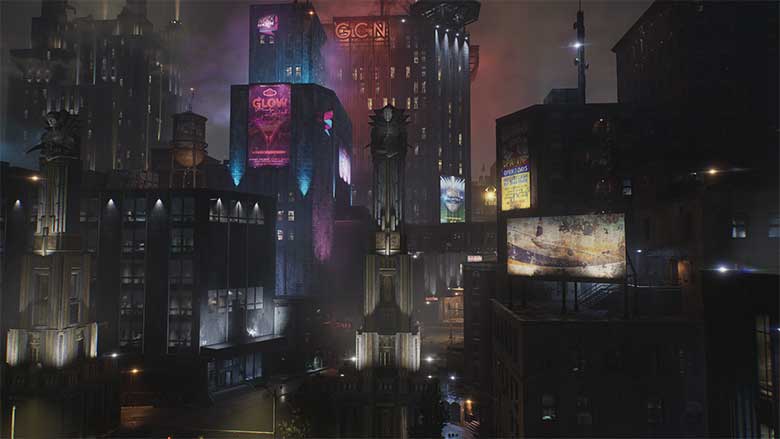 I wasn’t able to explore the game completely in multiplayer but I did dive in once I’d finished the game. Much to my surprise, I was able to join my good friend Johnny when he started, and fight alongside him through every mission we unlocked. As much as I loved every minute of the game, I do regret not going through the entire thing in co-op. If you’ve got a friend even remotely interested in playing, it’s definitely worth picking up an extra copy.

Gotham Knights is up there with Elden Ring as a Game of the Year contender. Its fast, responsive, and action-packed combat is surpassed only by a narrative that had me glued from the very first cutscene. A must-play for fans of open-world titles, and an easy pickup for anyone invested with the Gotham Knights or DC Universe.

This review of Gotham Knights was done on the PlayStation 5. A digital code was provided. 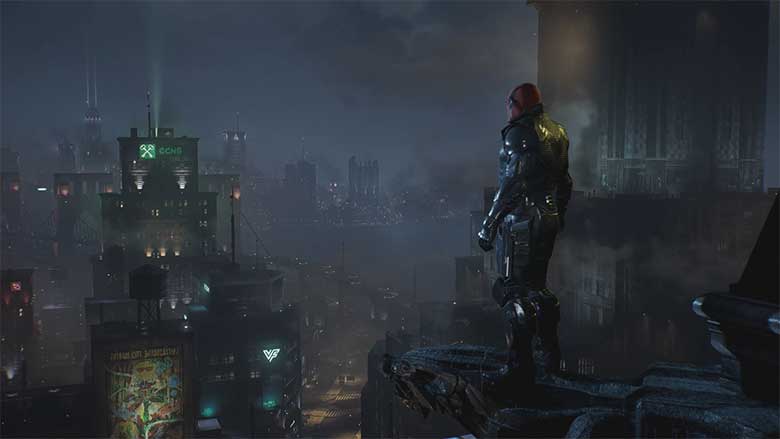 WB Games Montreal & Warner Bros. Interactive Entertainment look to explore a darker side of DC’s Gotham City with the release of Gotham Knights, an open-world RPG based on the comic book series of the same name. Stepping away from Batman, Gotham Knights instead focuses on the extended Bat Family as Nightwing, Batgirl, Robin, and Red Hood take to the streets of Gotham to solve one last case. 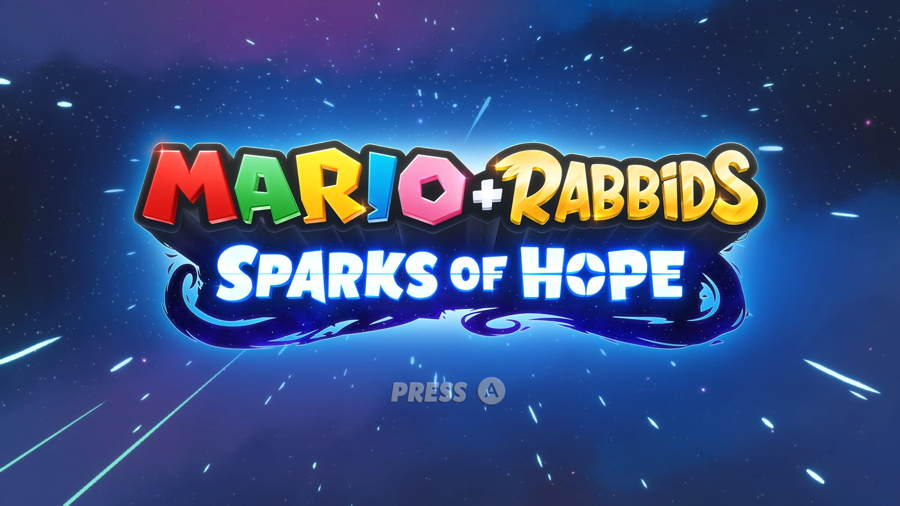 Four years after the first Mario + Rabbids, Ubisoft’s Sparks of Hope is finally here. Is the sequel worth checking out, or is it more of the same? 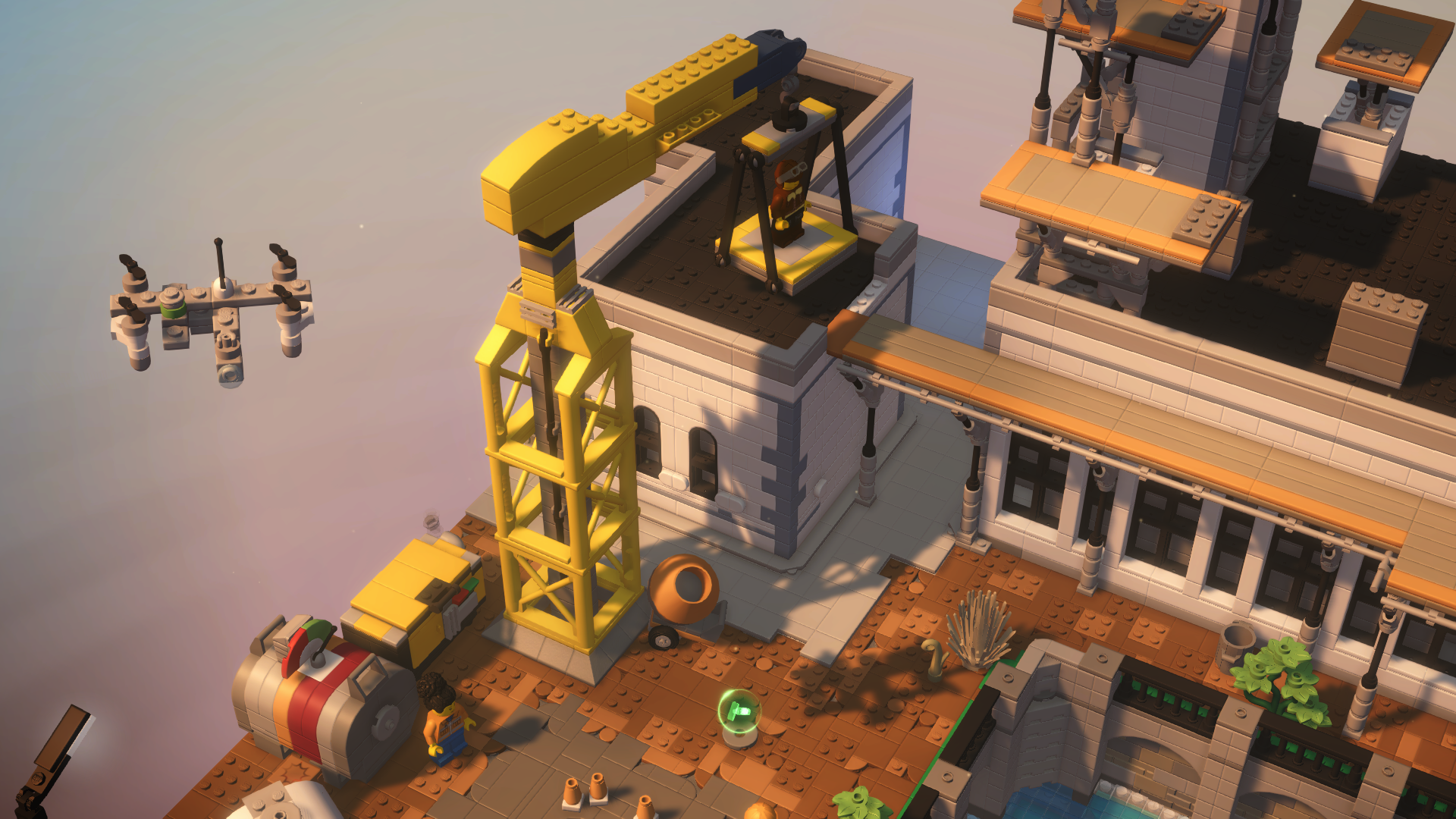 Thunderful Games looks to bring the magical world of LEGO to their popular construction sim style with the release of LEGO Bricktales, an innovative and challenging brick-by-brick construction game that gives players the opportunity to see their creations come to life in new and exciting ways. 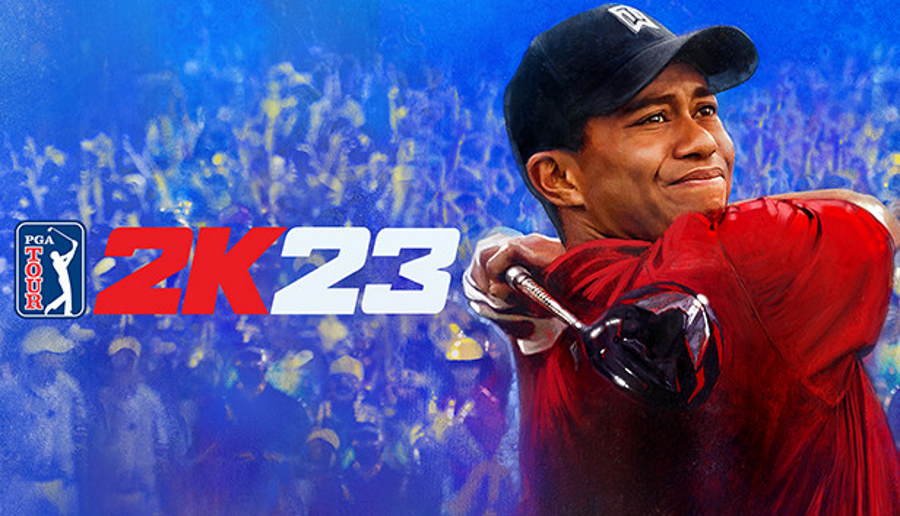 After taking a year off, the links await once more with the release of HB Studios and 2K Games’ PGA Tour 2K23. Tiger Woods, Michael Jordan, Steph Curry, and new licensed courses await, but do these golfing vets still have their swagger?